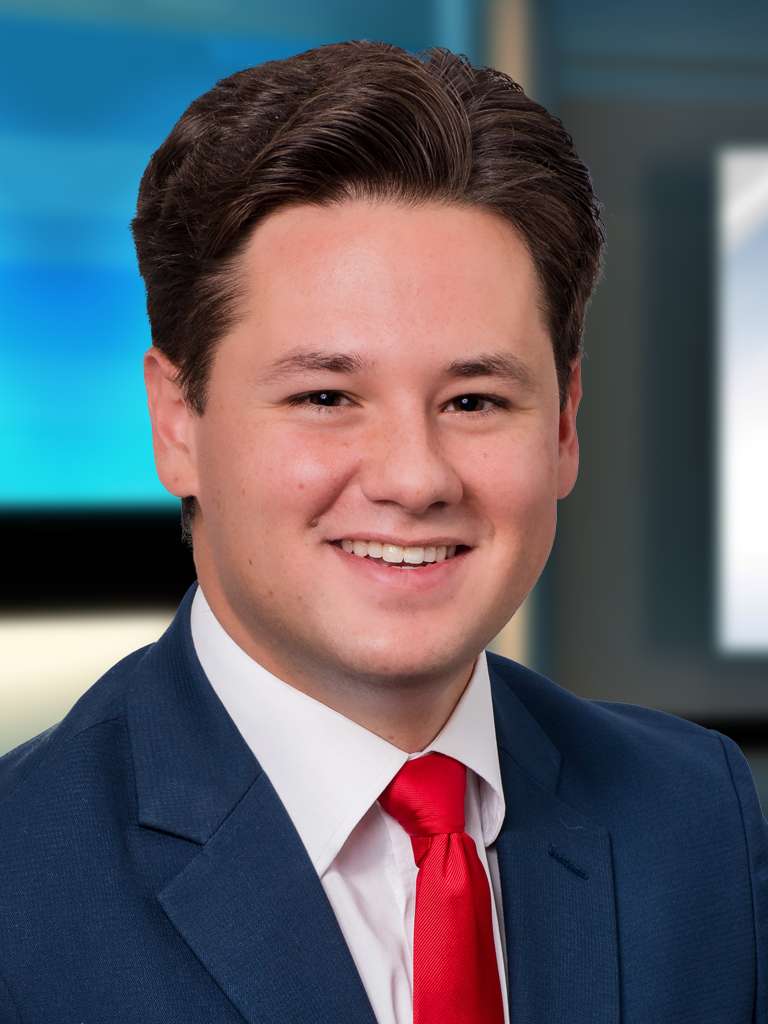 ANDREW JAMES joined the WLOS team as a general assignment reporter in June 2021.

Andrew is originally from Charlotte, but spent the last five years working as a reporter and morning anchor in Montgomery, Alabama. While there, he covered numerous severe weather outbreaks, the state takeover of a local school system and the removal of a governor from office.

Andrew graduated from the University of North Carolina at Charlotte (Go Niners!) with a degree in Communication Studies and minors in Journalism and Spanish. During college, he was an active member of the school newspaper and student news broadcast.

Outside of work, Andrew loves spending time in the outdoors with his wife, Logan, and their two labs, Summit and Smoky. He also enjoys hiking, running and playing tennis. He is a big fan of the Carolina Panthers, Carolina Hurricanes and Chicago White Sox.

Andrew looks forward to covering stories that matter to the Western North Carolina community. If you have a story idea, hiking suggestion or restaurant suggestion, don’t hesitate to reach out to Andrew by email at AndrewJames@wlos.com.