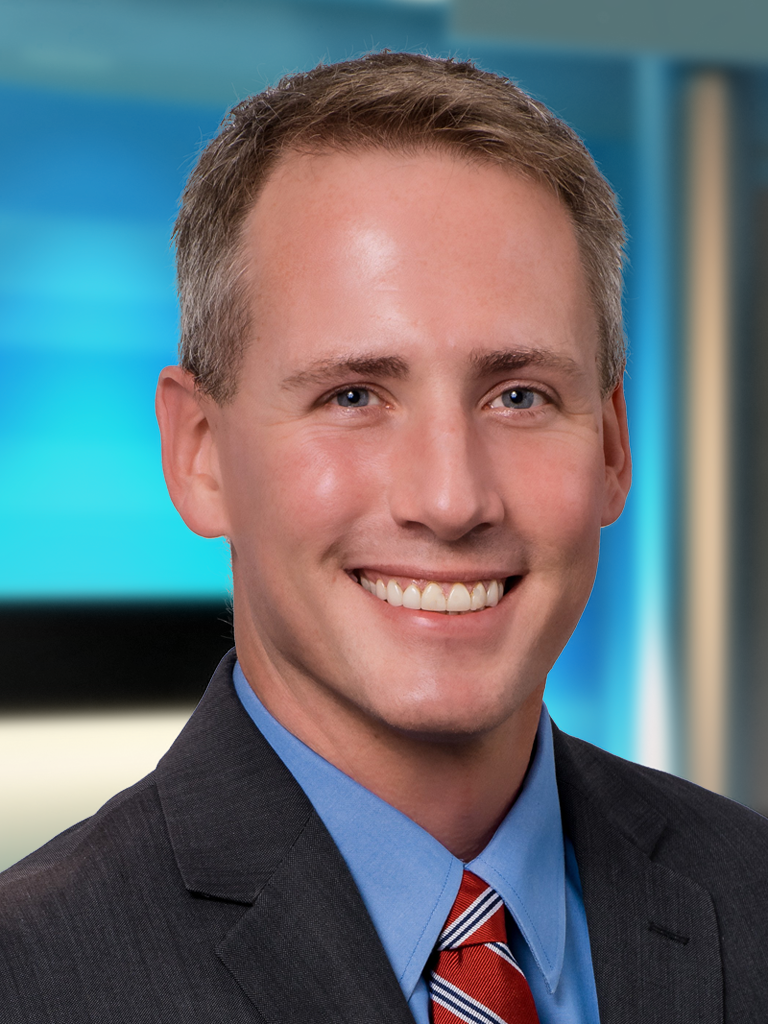 CHRIS WOMACK is a Sports Anchor and Reporter for News 13.

He comes to Asheville from Birmingham, AL where he spent seven years working in news and sports. During his time in Birmingham, Chris covered seven consecutive BCS national championships, College Football Playoff teams, several future NFL stars in their prep days, as well as national championship caliber softball and gymnastics programs. He also had the chance to cover WBC heavyweight champion Deontay Wilder. He even stepped into the ring to spar a round with the champ (Wilder won).

A graduate of the University of Alabama, Chris’ initial life plan was to play college basketball for one of the sport’s blue bloods, like North Carolina or Duke. Unfortunately, the closest he ever came to that dream was getting dunked on by former Tar Heel Raymond Felton. Since he couldn’t cut it on the court, Chris chose the next best option: sitting on press row.

When he’s not working, Chris enjoys spending time with his wife and their dog, Kingston. Both Chris and his wife enjoy outdoor adventures, as well as, the local food and beer scene. Chris loves telling stories, so if you have an idea shoot him an email at cwomack@wlos.com .