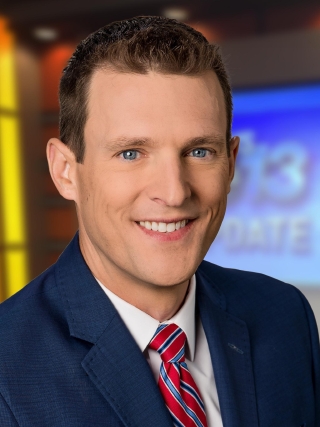 Jason returned to Western North Carolina in October 2009 as Chief meteorologist for WLOS & WMYA. Hes a familiar face to many in the region. Jason was the Weekend Meteorologist for News 13 in 2002 & 2003. With stops in Chattanooga and most recently Denver, hes proud to call the Blue Ridge home once again.

With a passion for weather that started in childhood, Jason pursued his dream of being a meteorologist and graduated from The University of Illinois while studying Atmospheric Science. Interning at a radio station while still in school and later at a television station, Jason realized that he was best suited as a Broadcast Meteorologist.

From blizzards to hurricanes, forecasting across the Western Carolinas is challenging. With his experience, Jason is up to the challenge, but says his favorite weather is partly cloudy with a temperature of 70.

Jason and his wife Sandi welcomed their son Hudson in December of 2011. When he isnt playing dad, Jason enjoys playing a round of golf, or hiking a mountain trail. If you want to strike up a conversation with him on the street, you can ask him about the weather, but he loves talking about his favorite baseball team, the St. Louis Cardinals as well!