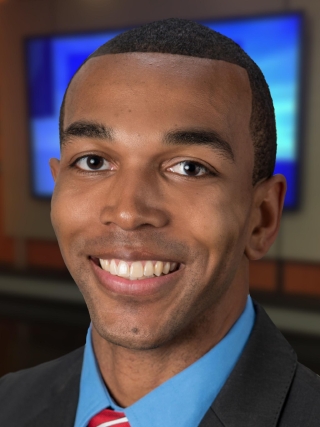 JUSTIN HINTON is the Weekend Morning Anchor and Reporter for News 13. He enjoys telling the stories of people across Western North Carolina. Justin is a 2019 RTDNA Regional Murrow Award recipient and 2016 winner of the National Academy of Television Arts and Sciences Southeast Emmy Award for Live News Reporting.

He's traveled across the southeast covering the big stories for News 13 as well as our sister stations nationwide. Those stories include Hurricanes Maria and Matthew from the Carolinas and Harvey in Southeast Texas, the Emmanuel AME Church shooting, riots in Charlotte following an officer-involved shooting and historic flooding in Columbia.

Born and raised in San Diego, Justin graduated from the University of California, Berkeley with a degree in Mass Communications and is a proud member of the National Association of Black Journalists.

Justin is always looking to tell great stories, so feel free to shoot him an email at jhinton@wlos.com or connect with him on Facebook or Twitter.