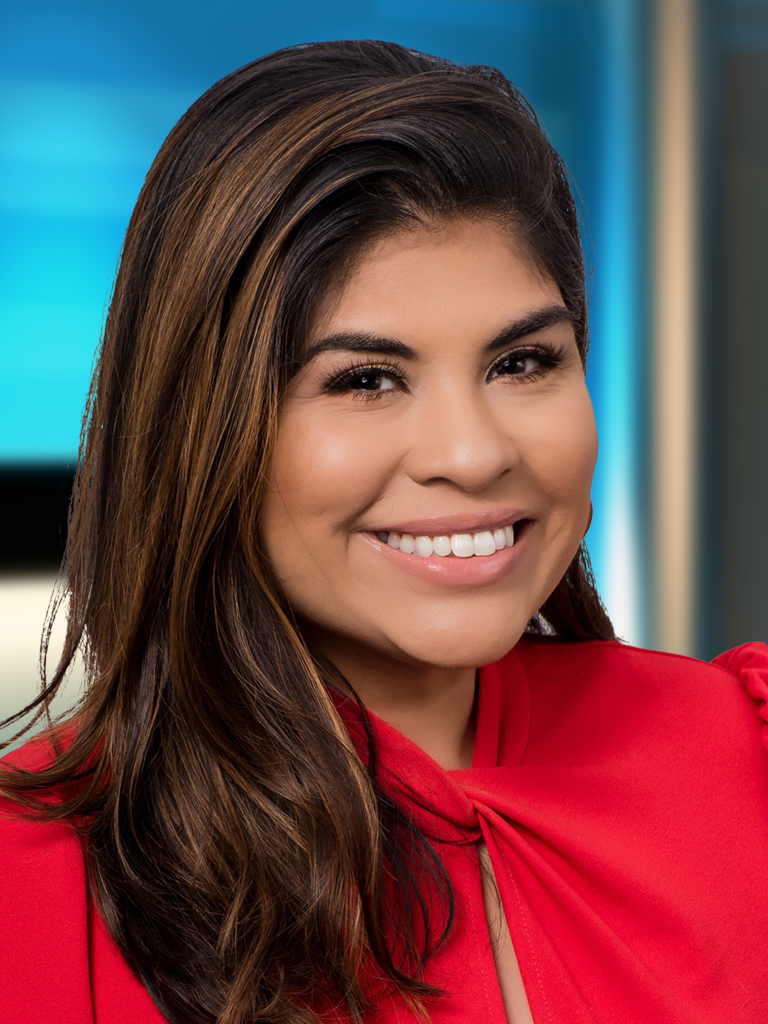 Kristen Aguirre is a journalist with nearly a decade of experience in the tv news industry.

Born and raised on the Southside of Chicago, she began her career in Quincy, Illinois, only a few hours south of the city after receiving her Masters degree from DePaul University -- Go Blue demons!

From there, she headed East to Flint, Michigan, where she covered the Flint Water crisis and its impact on the Latino and Spanish speaking community and the terrorist attack at Flint Bishop Airport. It’s in Flint where she found her passion for reporting on underserved and underrepresented communities. Kristen is a proud Latina and an active member of the National Association of Hispanic Journalists.

From Flint, she headed west to KUSA in Denver as an anchor and reporter. That’s where she continued to focus on community-driven journalism. Towards the end of her stay in Denver, Kristen suffered an ischemic stroke that resulted in a traumatic brain injury. It left the entire left side of her body paralyzed. She then left the news world for about a year to focus on her health, and after countless hours of physical therapy and hard work, she’s decided to get back behind the desk and into the field!

She’s so excited to call Asheville her new home, and she’s ready to get involved in the community! Her favorite organizations to volunteer with are the American Heart Association, Big Brothers Big Sisters, and the YWCA. Kristen loves to run but, more importantly, eat! Please send hiking and restaurant recommendations! She also has a French bulldog named Frida, after the artist, of course! Puppy play date, anyone?

She is so excited to be part of a team that’s known for storytelling, and she’s looking forward to meeting everyone and turning out great content together for our community! Let’s go!