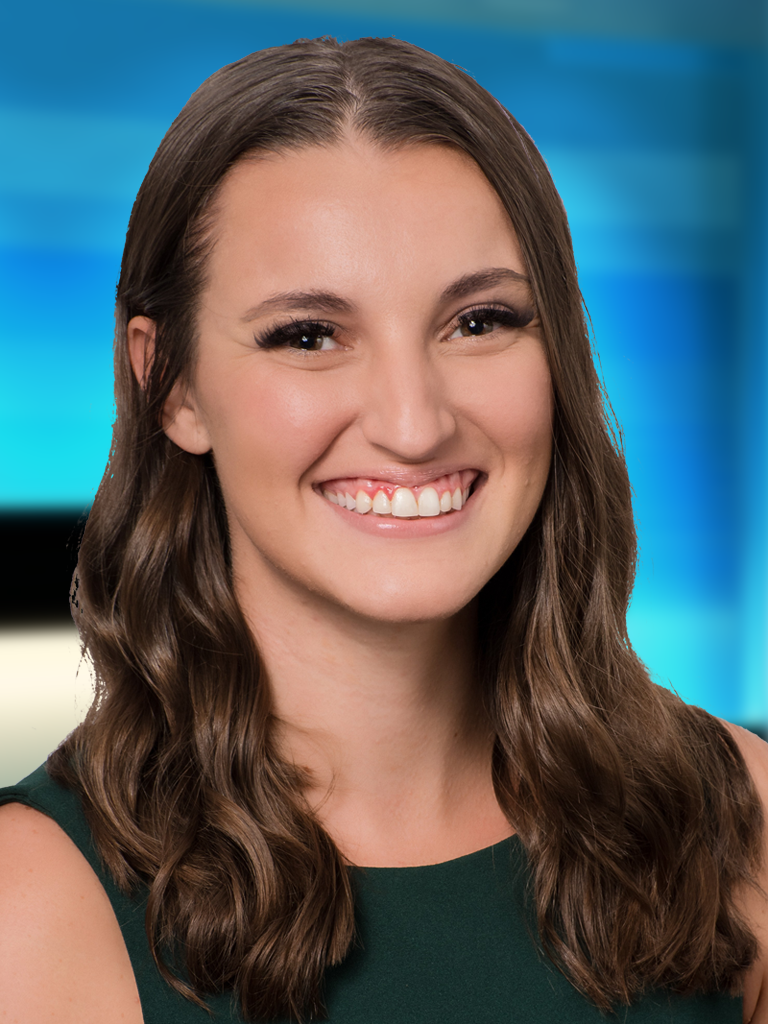 MARIA SANTORA joined the WLOS team as a Sports Reporter/Weekend Anchor in January 2021.

She comes to Asheville from Eugene, OR, where she spent the last two years covering the Oregon Ducks and Oregon State Beavers. During this time, Maria covered numerous PAC-12 Championships, Bowl games and NCAA tournament runs.

Prior to her stint out on the West Coast, Maria started her career at KVRR in Fargo, ND, as a Sports MMJ/Anchor. There she learned to survive sub-zero temperatures while covering North Dakota State and the University of North Dakota.

Maria grew up in East Hanover, NJ, and graduated from Emerson College in Boston, MA, in May of 2017. She's a proud Emerson Women's Basketball Alumna and will still show off her three-point shooting skills any chance she gets. Maria's favorite collegiate memories include reporting from Super Bowl LI in Houston, Texas, and MLB Spring Training in Florida in 2016 & 2017.

When she's not working, Maria loves hiking, running, or curling up on the couch with her two cats Ava & Maggie. She's super excited to explore WNC and is accepting all hike suggestions!

Maria also loves storytelling, so if you have a story idea you can follow her on Twitter @MariaSantoraTV or shoot her an email at MSantora@sbgtv.com.